Aden Lasseter has been involved with Whitetails for 30+ years. Aden holds the Whitetail Breeding License for the Corporation which is TX 3041. He has a beautiful Texas Ranch near Round Mountain and believes in the Caveman Wildlife Plan well enough to stock his own Ranch with these Whitetails.

Lance Clawson has been involved with Whitetails and Exotics all his life mainly from a hunting perspective. As a professional hunter Lance has been on numerous television shows exhibiting his skills as a hunter and guide all over the world. Lance’s passion is mainly with Caveman’s herd of Pure Nubian Ibex and Transcaspian Urials. He has worked very hard to find the best genetics possible. Lance also has a beautiful ranch near Hamilton Pool between Austin and Dripping Springs that is stocked with some of the best Whitetails and Exotics in the world. 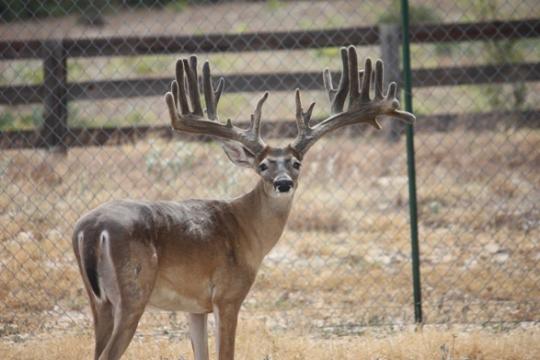